In an SF6 Circuit breaker, sulphur hexafluoride gas is used as the arc quenching medium.

The interrupter unit of sulphur hexafluoride (SF6) circuit breaker consists of fixed and moving contacts enclosed in a chamber.

When the contacts of the breaker are opened, the valve mechanism permits a high-pressure sulphur hexafluoride (SF6) gas from the reservoir to flow towards the arc interruption chamber.

The holes permit the sulphur hexafluoride gas (SF6) gas to let out through them after flowing along and across the arc.

The tips of fixed contact, moving contact, and arcing horn are coated with a copper-tungsten arc-resistant material.

Since SF6 gas is costly, it is reconditioned and reclaimed using the suitable auxiliary system after each operation of the breaker.

Since the gas pressure is very high, a lot of care is to be taken to prevent gas leakage at joints by providing perfect scaling.

The low and high-pressure systems are fitted with low-pressure alarms and set of lockout switches which give a warning the moment the gas pressure drops below a certain value because otherwise there will be a reduction in the dielectric strength and arc quenching ability of the breaker is endangered.

If the danger limit is reached the safety devices immobilize the breaker. The overriding safety devices see to it that a fault in the control circuit does not permit the compressor to build up excessive pressure in the high-pressure reservoir or continue to pump gas into the atmosphere in the event of a major leak.

The gas is stored in the high-pressure chamber at 16 atmospheres whereas the gas pressure on the low-pressure side is 3 atmospheres.

In the closed position of the breaker, the contacts remain surrounded by sulphur hexafluoride gas (SF6) gas at a pressure of about 2.8 kg/cm2.

When the breaker operates, the moving contact is pulled apart and an arc is struck between the contacts. (For more details visit arcing phenomenon in a circuit breaker.)

The movement of the moving contact is synchronized with the opening of a valve. The valve permits sulphur hexafluoride gas (SF6) gas at 14 kg/cm2 pressure from the reservoir to the arc interruption chamber.

The high-pressure flow of sulphur hexafluoride gas (SF6) rapidly absorbs the free electrons in the arc path. It forms immobile negative ions which are ineffective as charge carriers.

The result is that the medium between the contacts quickly builds up high dielectric strength and causes the extinction of the arc.

After the breaker operation (i.e. after arc extinction in circuit breaker), the valve is closed by the action of a set of springs.

The practical opening and closing of an SF6 circuit breaker are animated in this video.

In double pressure type SF6 circuit breaker, the gas from the high-pressure system is released into the low-pressure system through a nozzle, during the arc extinction processes. This design has become obsolete.

The double pressure type system worked on a very similar basis to the air blast design, modified to make a closed-loop system for the exhaust gases. After the arc was quenched, gases in a low-pressure reservoir were filtered, compressed and then stored in the high-pressure reservoir for further use. Heaters were also fitted to ensure the gas did not become a liquid in low temperatures, which would make the medium unusable as an interrupter.

In single pressure type SF6 circuit breaker, the SF6 gas is compressed by the moving cylinder system and is released through a nozzle while extinguishing the arc. This design is most popular over a wide range of voltages from 13.6 kV to 760 kV.

Initial designs used a double pressure system, which was superseded in the 1970s by single-pressure puffer type design.

The SF6 Circuit Breakers are available as in the following designs.

However, they require more insulating gas in order to provide the proper amount of insulation between the interrupter and the grounded tank enclosure. The modular dead tank CB has been specially developed for integration of SF6 insulated substation systems.

The important properties of SF6 circuit breaker are:

Advantages and Disadvantages of SF6 Gas

In its pure state SF6 gas is colorless, odorless, tasteless and non-toxic. At room temperature and pressure, it is gaseous and has a density of 6.16 g/l, about five times the density of air. Since its critical temperature is 45.6°C it can be liquefied by compression and is normally transported as a liquid.

The important advantages of SF6 Circuit Breaker are :

In general, the important disadvantage of the SF6 Circuit Breakers compared to other circuit breakers is their relatively high costs. The cost has been somewhat coming down in recent years.

Some other disadvantages of the SF6 Circuit breaker are:

The maintenance of the sf6 circuit breaker is necessary because of their importance for routine switching and for the protection of other equipment.

Electric transmission system breaks up and equipment destruction can occur if a circuit breaker fails to operate due to lack of preventive maintenance.

Breakers that remain idle for 6 months or more should be made to open and close several times in succession to verify proper operation and remove any accumulation of dust or foreign material on moving parts and contacts.

Although pure SF6 is not toxic, it contains no oxygen and will therefore not support life.

The high density of SF6, five times that of air means that any leak will tend to cause the gas to accumulate in low areas such as cable trenches, and operators should be made aware of the danger of suffocation.

However, a mixture of 20% oxygen, 80% SF6 can be breathed in safety, and such mixtures have been used in laboratory experiments on humans during a study of lung aerodynamics.

An arc in SF6 will produce lower fluorides of sulphur which are gaseous and toxic. These gases are effectively controlled and absorbed by suitable agents, e.g. activated alumina or molecular sieves, included within the equipment.

In addition, the gases have a pungent unpleasant odour, which gives adequate warning of their presence.

As mentioned above, metallic fluorides in the form of fine dust are also produced in the interrupting process. These fluorides are irritants, and so most manufacturers recommend wearing a dust mask, goggles and plastics gloves during interrupter maintenance, although there are recorded notable exceptions.

The very long life of SF6 circuit breaker contacts means that, in the majority of cases, the contacts and nozzles will never have to be changed, minimizing the problem of maintenance, although periodic routine checks on the acidity of the gas will be necessary to ensure that the absorbing agent is still active and efficient. 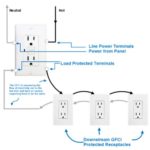