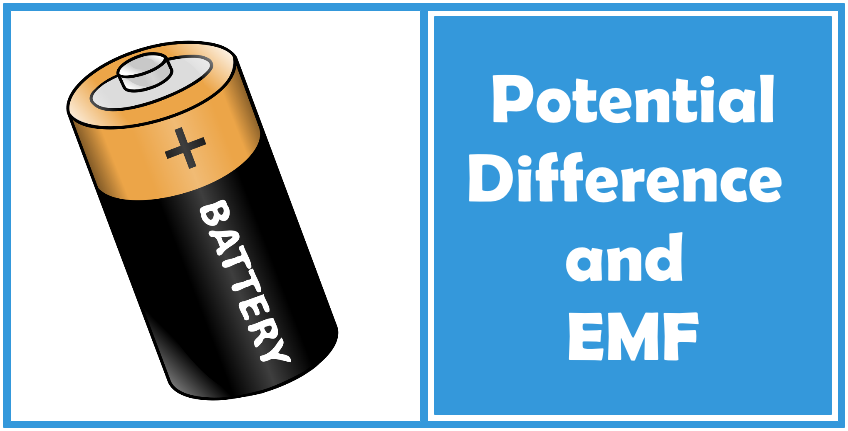 In this article, you will study the concept of electric potential, potential difference (PD) and electromotive force (EMF) and the difference between them.

When a body is charged, work is done in charging the body. This work done is stored in the body in the form of electric potential energy. The charged body has the capacity to do work by moving other charges either by attraction or repulsion.

Quantitatively the electric potential is defined as under :

The SI unit of energy or work is 1 J and that of charge is 1 C so that the SI unit of electric potential is 1 J/C which is also called 1 volt.

Similarly. if we place a charge of 2 C at that point, the charge will have the electric potential energy of 20 J.

The difference in the potentials of two charged bodies is called potential difference (PD).

Consider two bodies A and B having potentials of +5 V and +3 V.

If the two bodies are joined through a conductor [right figure], then electrons will flow from body B to body A ( The conventional electric current will be in opposite direction i.e. from A to B).

When the two bodies attain the same potential, the flow of current stops.

It may be noted that the potential difference is sometimes called voltage.

It is deﬁned as :

Consider points A and B in an electrical circuit as shown in the figure above. Suppose VA = VB = 1 Volt. It means that 1 J of work will be done in transferring 1C of charge from point B to point A.

Alternatively, 1 J of work (or energy) will be released (as heat) if 1 C of charge moves from point A to point B.

Note that volt is the unit of energy.

There is a distinct difference between EMF and the potential difference. 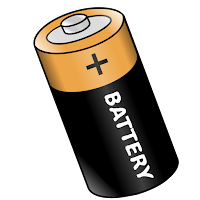 The EMF of a device, say a battery, is a measure of the energy the battery gives to each coulomb of charge.

Thus if a battery supplies 4 joules of energy per coulomb, we say that it has an e.m.f. of 4 volts. The energy given to each coulomb in a battery is due to the chemical action.

The potential difference between two points says A and B, is a measure of the energy used by one coulomb in moving from A to B.

Thus if the potential difference between points A and B is 2 volts, it means that each coulomb will give up the energy of 2 joules in moving from A to B.

Difference between EMF and Potential Difference

The following are the differences between EMF and potential difference :

The name EMF, at first sight, implies that it is a force that causes current to ﬂow. But this is not correct because it is not a force but energy supplied to charge by some active device such as a battery.

When we say that EMF of a device (e.g., a cell) is 2 V, it means that the device supplies the energy of 2 joules to each coulomb of charge. When we say that potential difference between points A and B of a circuit (suppose point A is at higher potential) is 2 V, it means that each coulomb of charge will give up the energy of 2 joules in moving from A to B.