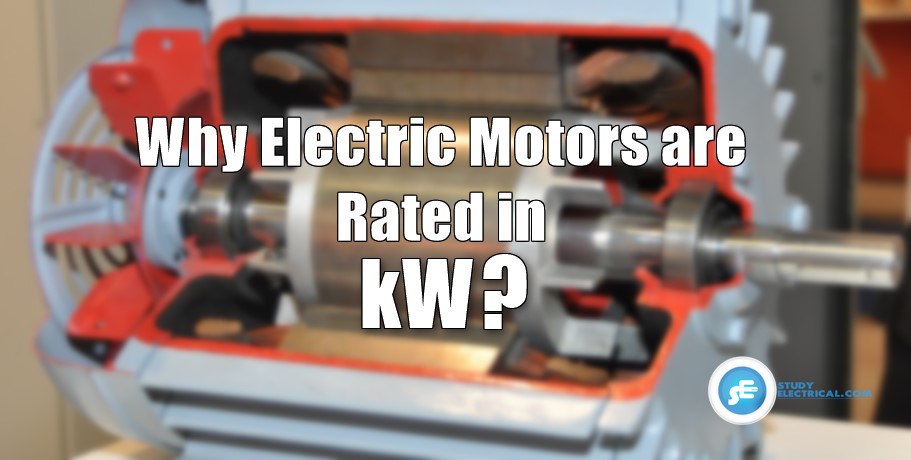 The power factor of an electrical system depends on the nature of the connected load ie., inductive, resistive or capacitive. Since the power factor is unknown both generator and transformer are rated in kVA.

But in the case of a motor, it has a fixed power factor. That is why the power factor is included in the nameplate data. Hence, Electric Motors are rated in kW and not in kVA.

In addition, Motor is a device which converts electrical power into mechanical power. In this case, the load is not electrical, but mechanical (Motor’s Output) and we take into the account only active power which has to be converted into the mechanical load. Moreover, the motor power factor does not depend on the load and it works on any power factor because of its design.