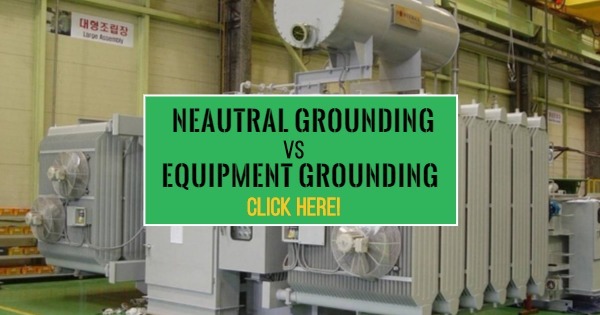 The term Grounding or Earthing refers to the connecting of a conductor to earth. The neutral points of generator and transformer are deliberately connected to the earth.

In 3 phase a.c. systems the earthing is provided at each voltage level.

If a neutral point is not available, a special Earthing Transformer is installed to obtain the neutral point for the purpose of earthing.

The neutral earthing has several advantages.

The Equipment Grounding refers to the grounding of non-current carrying metal parts earth. It is used for safety of personnel.

If a metal part is grounded, its voltage with respect earth does not rise to a dangerously high value and the danger of a severe shock to personnel avoided.