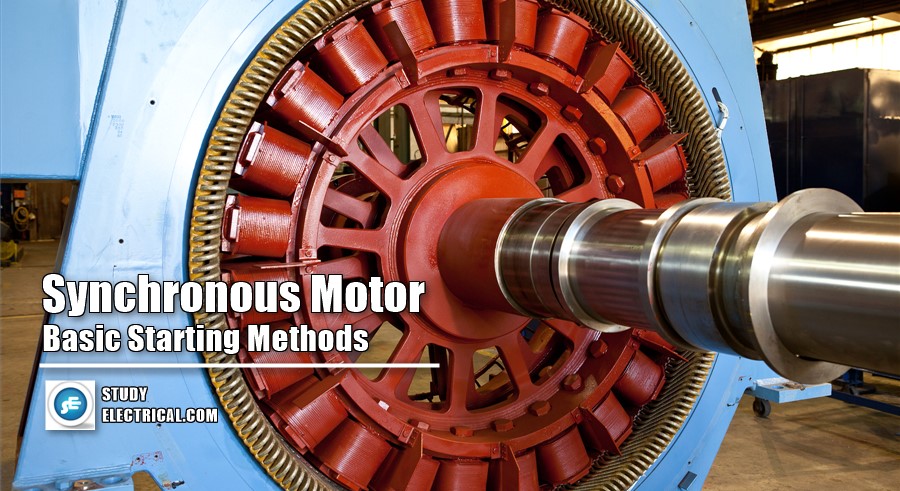 Most of the synchronous motors have a salient pole structure. A winding consisting of heavy copper bars is installed in slots in the pole faces. These bars are all shorted together at both ends of the rotor.
When 3-phase supply is fed to the stator, a rotating magnetic field is produced in the air gap which induces currents in the bars which further produces flux. The interaction of the fluxes produces torque in the direction of field rotation. In other words, the motor is started as an induction motor, the bars in the pole face slots forming a sort of squirrel cage rotor. Why Birds don’t get Electrocuted on Touching Power Lines?