For an individual generator that is rated above 1000 kW, and is to be used in the oil industry, it is usual practice to use a gas turbine as the driving machine (also called the prime mover).

Below 1000 kW a diesel engine is normally preferred usually because it is an emergency generator running on diesel oil fuel.

There are different types of gas turbine-driven generators. Gas turbines can be classified in several ways, common forms are:-

Aircraft engines are used as ‘gas generators’, i.e. as a source of hot, high-velocity gas. This gas is then directed into a power turbine, which is placed close up to the exhaust of the gas generator. The power turbine drives the generator.

The benefits of this arrangement are:-

The main disadvantages of Aero-derivative Gas Turbines are:-
Aero-derivative generators are available in a single unit form for power outputs from about 8 MW up to about 25 MW. These outputs fall conveniently into the typical power outputs required in the oil and gas production industry, such as those on offshore platforms.

Some manufacturers utilize certain of the advantages of the aero-derivative machines, i.e. high power-to-weight ratio and easy maintenance.
The high power-to-weight ratios are achieved by running the machines with high combustion and exhaust temperatures and by operating the primary air compressors at reasonably high compression ratios i.e. above 7. 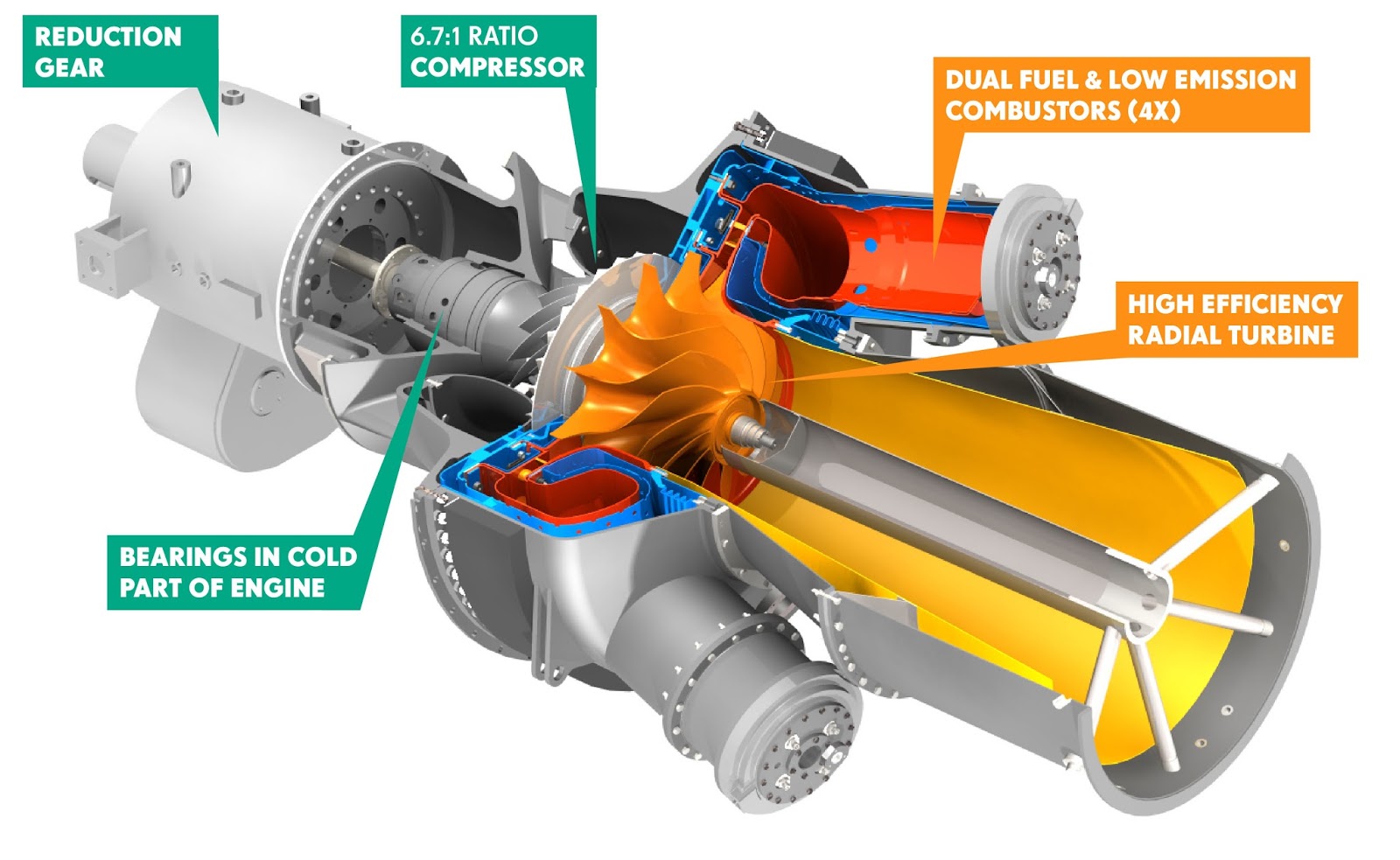 A minimum of metal is used and so a more frequent maintenance program is needed. Easier maintenance is achieved by designing the combustion chambers, the gas generator, and the compressor turbine section to be easily removable as a single modular type of unit.
The ratings of machines in this category are limited to about 10 MW.

Heavy industrial gas turbines are usually to be found in refineries, chemical plants, and power utilities.
They are chosen mainly because of their long and reliable running times between major maintenance overhauls.
They are also capable of burning most types of liquid and gaseous fuel, even the heavier crude oils. They also tend to tolerate a higher level of impurities in fuels.

Heavy industrial machines are unsuitable for offshore applications because:-

They do, however, lend themselves to various methods of heat energy recovery e.g. exhaust heat exchangers, recuperators on the inlet air.

The fuels usually consumed in gas turbines are either in liquid or dry gas forms and, in most cases, are hydrocarbons.
In special cases, non-hydrocarbon fuels may be used, but the machines may then need to be specially modified to handle the combustion temperatures and the chemical composition of the fuel and its combustion products.
Gas turbine internal components such as blades, vanes, combustors, seals and fuel gas valves are sensitive to corrosive components present in the fuel or its combustion products such as carbon dioxide, sulphur, sodium or alkali contaminants.
The fuel can generally be divided into several classifications:-
• Low heating value gas.
• Natural gas.
• High heating value gas.
• Distillate oils.
• Crude oil.
• Residual oil.