17. Symmetrical waveform does not have

20. When the number of slots / pole / phase is fractional, then this winding is called

21. When the number of slots / pole / phase is integer, then this winding is called

22. Which alternator are more suitable for the high-speed system?

23. The number of poles in turbo alternator are

24. When two alternator are operating in parallel and at perfect synchronization, their synchronizing power will be

26. Floating of alternators with busbars occurs at when

27. Which of the following conditions is to be fulfilled, for connecting an alternator to infinite bus?

(A) Phase sequence should be same.
(B) Frequency is need not same.
(C) Terminal voltage of alternator need not to be same with existing bus.
(D) None of above.

28. If a slot consists of one coil side then the winding is called

29. If the slot consists 2 coil sides of different coils is called


30. Distributed winding and short chording employed in AC machine will result in 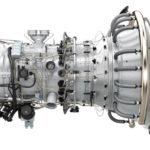